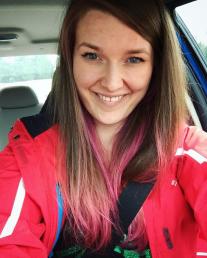 Amy has been playing piano for twelve years, the last seven of which have been spent teaching students of all ages. She studied piano under Leszek Bartkiewicz at Macomb Community College, where she graduated with an Associate of Arts and Music Performance. Along with reading music, students will be exposed to theory and ear training, though lessons are catered to compliment the goals of each student. Her teaching style differs from student to student, depending on each individual’s strengths and needs. Though proper playing techniques are highly valued and strived for, she also believes that music should be fun, and focuses on balancing hard work with enjoyment. The goal here is not to simply impart knowledge, but to teach others how to independently analyze, process, and practice music in a meaningful way. 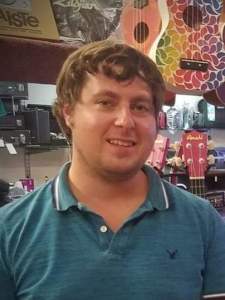 Mr. Crooker began his piano studies at Ardis Music in 1997, starting his teaching role in 2006. Mr. Crooker also studied clarinet and mallet percussion, playing for his high school marching band, East Side Fury, and the Wayne State University Wind symphony. In over a decade of teaching, he has had the opportunity to instruct students of all ages and backgrounds, many with no prior musical exposure.

Mr. Crooker believes a broader teaching of music parallels a sound piano training. Students learn fundamentals of music—learning to read the notes, rhythms, and methods to convey the expression—in addition to the techniques unique to the piano. He also recognizes that each student has his or her own ambitions behind the decision to journey into the world of music and supports each student to achieve his or her individual goals.

Outside of Ardis Music, Mr. Crooker offers his piano performing abilities as an accompanist for soloists and for special events. His interests include music theory and composition, and can often be heard learning new classical music at the piano. He holds a B.S. in chemical engineering and is a juris doctor candidate.

Mrs. Rossol has played the piano for 56 years and the violin for 50 with 25 years of teaching experience.  She has studied under DSO violinist Gaye Rose, and John Miller and Ramon Garza who are both violinists with several distinguished orchestras.

Her areas of expertise include classical, traditional, pop, new age, theory, teaching Sukuki and classical violin methods together. She plays: solos for weddings, parties, church, solo/ensemble at MSBOA and MMF competitions, accompaniment, and worship team. She has been a member of the Macomb Symphony Orchestra and Lake St. Clair Symphony Orchestra, Chamber groups and quartets.

Mrs. Rossol strongly advocates a classical approach to learning music with intentions of springboarding to all types of music.  Teaching/learning music is a very individualistic experience. Through interaction with the student, the best teaching methods are determined in order to best catapult the learning experience.

Mr. Walsh has been playing percussion for sixteen years, and has been teaching for nine. Mr. Walsh has a Bachelor of Arts in English Literature from Oakland University, and has studied music with notable artists Steve Adams, Nick Backos, and Ralph Biggs. He has been playing in bands since beginning his music studies, playing bass and tenor in L’Anse Creuse’s marching band, as well touring with Hollow Earth for five years. Mr. Walsh’s area of expertise is rock music, with emphasis on rudimental chops. He also has experience with recording in various studios and settings. 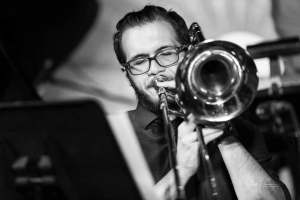 Mr. Haney has been playing brass for eleven years, and teaching for four. He has a Bachelor of Arts degree in Music Studies from Wayne State University. He plays trombone for Midtown Sounds, a jazz band of which he is a founding member. Mr. Haney has also performed with Wayne State University Big Band, as well as performing at the Detroit Jazz festival, and with greats like Danilo Perez and Joshua Redman. His area of expertise is brass instruments, particularly trombone.

Mr. Pajakowski has been playing guitar for forty-eight years, and teaching for twenty-five. He has a Bachelor of Arts in Broadcast Communication, and a Master of Arts in Visual Communication. He has studied music privately for eighteen years, as well as playing in middle school jazz band, and in high school band. Mr. Pajakowski has performed as a solo acoustic artist for fifteen years, as well as playing in bands for special events. His areas of expertise include guitar, bass, banjo, ukulele, vocal instruction, music theory, and music writing.

Jake earned his Bachelor’s in Jazz Studies from Wayne State and has studied under Rodney Whitaker, Kris Johnson, Chris Collins and more. He has been playing for 14 years and teaching for over 5. In addition to teaching he is a freelance musician working with many popular Detroit bands. His areas of expertise include Jazz, improvisation, and harmony.

Mr. McCray has been playing woodwinds for 28 years, and has taught for twenty years. Mr. McCray studied saxophone and music education at Wayne State University, and has played in various pit orchestras. His areas of expertise are saxophone and clarinet, and he teaches at L’Anse Creuse High School. 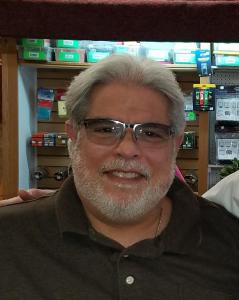 Frank has been playing for 47 years and teaching for over 40! He has extensive knowledge of all styles of play and has performed with groups all over. His educations includes Macomb County Jazz Band, music theory,  classical guitar. Frank studied at the prestigious Musicians Institute with Joe Pass, Radde, and Joe Diario.

Tom is a freelance guitarist and bassist who has been playing for 6 years. He has a Bachelor’s Degree in jazz studies from Wayne State University. He has studied with Chuck Newsome, Steven Carryer and others. Along with continuing his education and teaching, Tom plays and records with many popular groups around the Detroit area. Tom’s areas of expertise include improvisation, blues, and jazz. 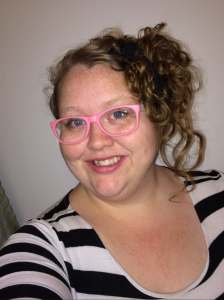 Krissie began studying piano in 1994 and loves playing other instruments as well, especially flute and ukulele. She double majored in flute and piano and earned her Bachlor’s Degree from Oakland University in Music Education (kindergarten – 12th grade) in 2010. During her stay at Oakland, she enjoyed participating in various ensembles, including the Flute Choir (flute and alto flute), Wind Ensemble (piccolo and piano), Brass Band (alto horn), and steel drum band (tenor pan). She also loves singing, karaoke and original compositions.
Lessons include strong foundation of Musical Literacy – not just reading, but writing music as well; with individualized supplemental exercises for each student’s optimal success. From the beginning, students are taught critical thinking skills and practice strategies that will serve them later in life, in many other disciplines. Krissie works as a preschool teacher (3 & 4s), and enjoys teaching students of all ages. As piano students become musically literate, we explore the harmonies and foundational chords to music, learning inversions, common chord progressions, and different grooves that enable students to quickly learn any song they like and begin writing their own.
Krissie teaches piano, flute, and vocal lessons, and also coaches ensembles for MSBOA Solo & Ensemble. She studied at Ardis Music years ago, and is excited to be back, and helping now!

Niko has earned his bachelors degree from Columbia College Chicago In Contemporary Urban Popular Music. He teaches many modern styles of music from jazz, blues, rock, funk, R&B, and many more, as well as being trained in classical, jazz and pop, music theory and reading music. Mr. Puzio is also a signed, active performing, writing, and recording musician that has performed throughout the United States.  Niko also will teaches music theory, ear training and songwriting. He has a strong desire to teach and mentor young musicians in training. 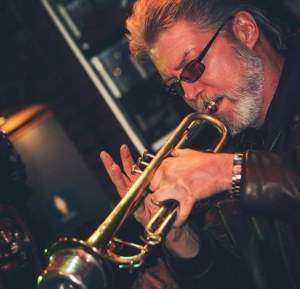 David is a jazz/blues trumpet player whose forte is improvisation.  Classically trained, he has studied with Gordon Smith of the Detroit Symphony.  Mr. Kocbus also studied with Elmer Suveges, who played with Harry James He is a former member of the USAF Band of Flight, WPAFB  and has played and recorded with many Metro Detoit Area bands and musicians.  David is currently playing in the Smoke Jones Band and with Howard Glazer.

David holds a Masters of Education degree from University of Detroit Mercy and is retired from River Rouge Schools. He also has been a guest teacher to local area school band programs.  Mr. Kocbus teaches trumpet, trombone, baritone and french horn. 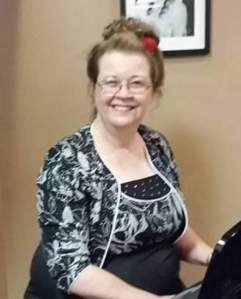 Liz started her musical journey at the age of 6 on the accordion, and added piano, organ and voice soon thereafter. She attended Wayne State University and earned her degree there in Vocal Music Education. Liz has performed with many groups and has performed at Carnegie Hall and the Kennedy Performing Arts Center. She is an experienced accompanist for MSBOA and MSVOA, and has accompanied several middle school and high school groups, been a church musician and singer for many years and has played for various community group musicals. Liz has over 40 years of teaching experience to all ages and all skill levels.  Many things are focused on in lessons including proper technique, theory, ear training, and proper breathing skills and technique for voice lessons. Lessons are tailored to fit the skills and interests of each student. Miss Liz enjoys passing on her love of music to each and every student that she teaches!

Ian is currently studying Jazz Performance at Wayne State University and has studied under Chuck Newsome, Russ Miller, Vincent Chandler, Rob Pipho and Chris Collins. In addition to playing guitar for 11 years and teaching for 5, he also regularly performs around metro Detroit at venues such as Cliff Bells and the Dirty Dog Jazz Cafe. His areas of expertise include improvisation, music theory, sight reading, and composition. 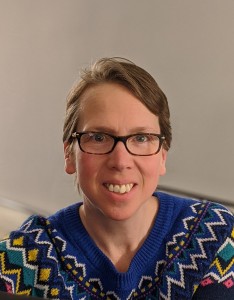 Lisa has been a musician for as long as she can remember. She taught herself to read music at the age of 4 and soon started piano lessons. She began violin lessons at Pierce Elementary School in Brookline, Massachusetts, her hometown. Her violin teachers included the master pedagogues George Bornoff and Raphael Bronstein, with whom she studied at Manhattan School of Music in New York City. Two years into her pursuit of a Bachelor’s degree in Violin Performance, Lisa discovered her voice and switched majors to Vocal Performance in which she earned her degree. While at MSM, she studied with Madame Natalie Bodanya. Lisa spent two summers at the Tanglewood Music Festival where she worked with master coaches including Warren Jones and Margot Garrett and the great soprano, Phyllis Curtin. She has performed in various recitals and concerts in New York, Chicago and Detroit. Lisa has been teaching students of all ages for over 30 years and is constantly learning from each and every one of them.

Want to learn more about private lessons? Fill out the form below and we will answer any questions you may have: